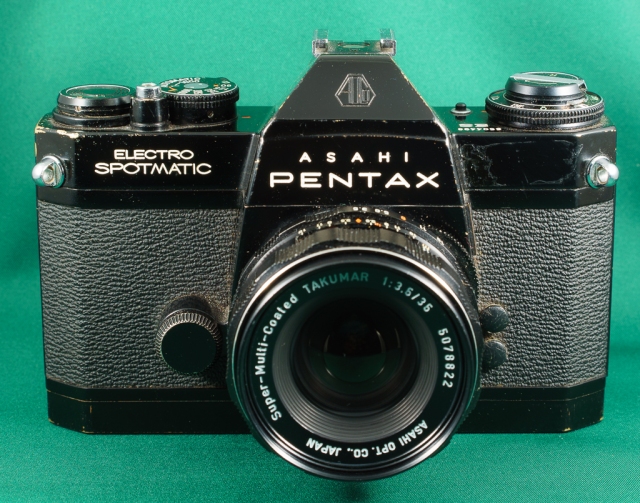 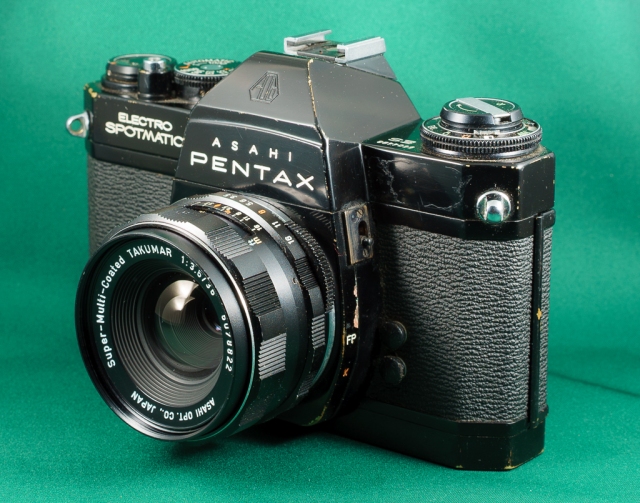 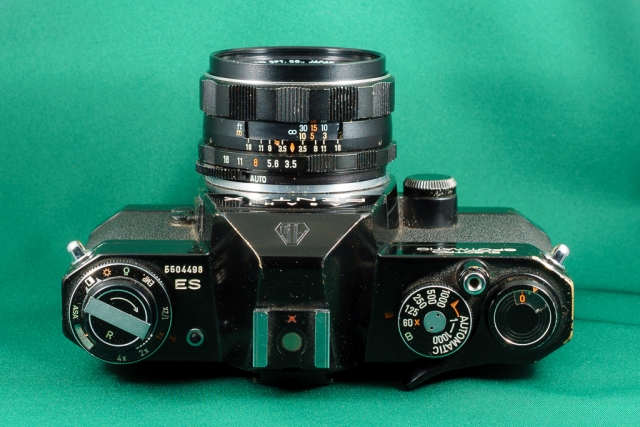 The Pentax Electro Spotmatic was another game changer in the world of photography, something that would be considered absolutely mind-blowing if it weren’t for the fact that Pentax seemed to do this sort of thing with some regularity during this particular period in photographic history. Beginning in the fifties Asahi Pentax basically reinvented the portable 35mm camera and led the industry in refining a design that would be the absolute standard. Along the way there were so many firsts that it’s easy to lose track. In particular the camera featured here was world’s first 35mm SLR camera that had a fully electronic shutter, allowing for true aperture priority mode. In other words, the photographer picks the aperture and the camera automatically picks the appropriate shutter speed. Shutter speeds available in the auto mode are completely stepless and go from 8s to 1/1000s. This camera was released in 1971 and discontinued the following year. A couple of interesting notes are that it was only released domestically, here in Japan and unlike previous Pentax 35mm SLRs, black was the standard color and silver was the optional version. This camera is almost considered a “beta” version since Pentax wasted no time in releasing the ES the following year. It had improved electronics, a few other very small changes and was marketed internationally. Subsequently the original Electro Spotmatic is considered somewhat rare outside of Japan but here it’s pretty easy to find. I played with three of them today before deciding to bring this one home. It has a couple of minor issues needing attention, shows moderate signs of use and I don’t actually know if the electronics work or not. But given the historical significance of this camera, and the fact that it was the only one among three that had a properly working shutter and mirror mechanism, I was happy to shell out 2,000 yen ($18) for this little gem.