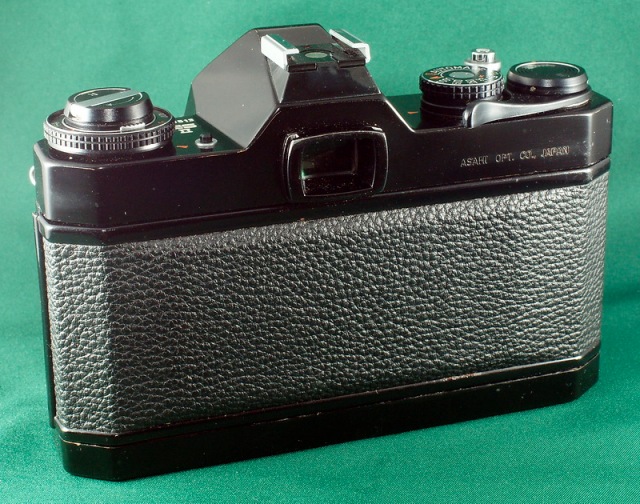 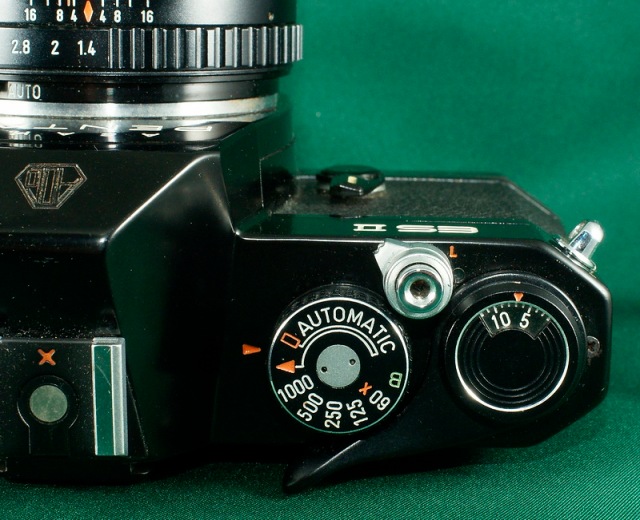 The ES II is a very special camera. When the original spotmatic came out in 1964 it was a huge success because it was a first. It actually had a built in light meter that did TTL (through the lens) metering. These were the type of light meter where the user adjusts aperture and shutter speed until the needle comes to the center. It worked great and made photography accessible to a large number of folks who otherwise wouldn’t try it.

Then after several model changes and upgrades the ES, and then the ES II came out, the latter being released in 1974, exactly ten years after the spotty. What makes these models special is an electronic shutter (ES) that makes true aperture mode photography possible. In other words you pick your aperture and the camera will figure out the appropriate shutter speed. The needle in the view finder tells you the shutter speed it’s choosing, so you’ll know if it’s too slow.

And now for the story on my copy of the ES II. I got it at the local store, out of the junk bin, for 500 yen ($6). The mirror was sticking but the body looked pretty nice. After searching a bit I was directed to a guy in the U.S. who does really affordable repairs on all sorts of old Pentax film cameras. I sent it to him and basically it is 99% as good as new!  The list of things he did is extremely long so I won’t bore you, but the final bill, including overseas shipping was just a bit over $150! Needless to say, I was extremely pleased and the next time I go to the U.S. I think I’ll take all my old Pentax cameras and send them in! Check him out at pentaxs.com

And the best part of it all is that it takes great photos! Take a look here.